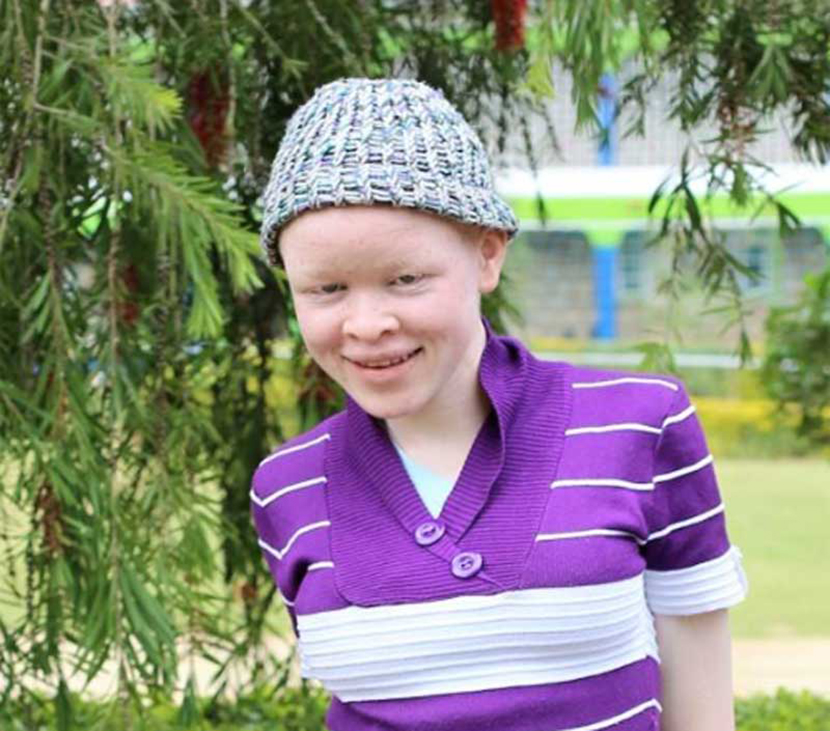 FROM LOST TO FOUND

It was a perfect place to disappear — or so Grace hoped. She ran deep into the sugarcane fields in the plantation near her home. The canes arched high overhead, blocking out everything but bits of sky. She hid in thicket of sugarcane for days, running whenever voices came near. She was hiding from her grandparents.

Grace had been under their care since birth. Her mother, a servant who had become pregnant with a “shamba boy” working for the same family, had abandoned Grace because she was born with albinism, considered a bad omen in many traditional, east African cultures.

Grace’s grandparents were also ashamed of her, and hid her in the sheep’s pen. One day, Grace overheard them talking about selling her to Tanzania, where her body parts would be used for witchcraft. That’s when Grace knew she had to escape.

Many days passed before a sugercane-cutting crew discovered Grace. Malnourished and covered in festering cuts, she couldn’t keep running. They brought Grace to the farm’s owner, who had a kind heart. She took her in and gave Grace medication, but she lacked a steady income and couldn’t provide for Grace permanently. So, she turned to Horizon for help.

Today, Grace is a thriving teenager at Baba Nyumbani. She likes playing net ball (basketball) and eating chapatti with chicken. She is a disciplined student in ninth grade. She is naturally shy, but her days of hiding her face are far behind her: Grace has ambitions of becoming a newscaster or a magistrate.